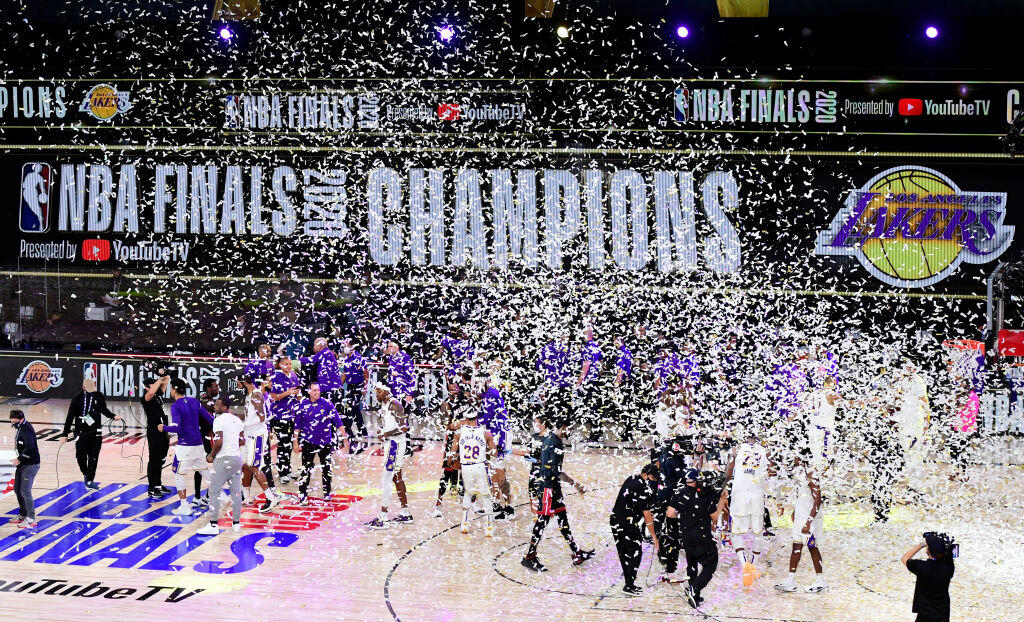 The Lakers dominated in their win over the Miami Heat in Game 6 of the NBA Finals.

Laker wrapped up the series 4 to 2 giving LeBron James his fourth title & Anthony Davis his first.

L.A. County and City officials have been working to find a safe way for the team and fans to have a victory celebration.

It is possible they're throwing a massive victory parade, but not until County and City officials approve.

A Lakers victory parade would be a bright spot for Los Angelinos who have endured much over the past year. There's no specific date being targeted and it all depends on how the pandemic plays out.