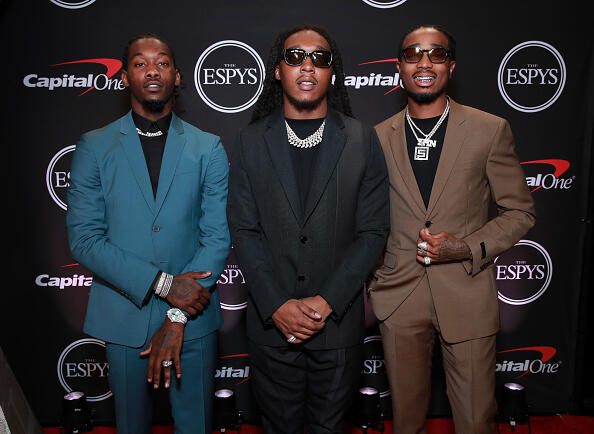 Takeoff has been accused of “forceful sexual intercourse,’ according to a civil lawsuit filed in L.A.

An unidentified woman alleges that Takeoff raped her during a house party on June 22. She had plans to meet DJ Durel, for a date, having met him at a prior party.

Upon arriving at the house on June 22nd, Takeoff allegedly made repeated advances toward the woman that made her “uncomfortable,”.

The lawsuit states that the assault occurred shortly after 2 a.m., the woman visited the hospital the following morning, “where hospital staff observed physical evidence of forceful rape and notified the Los Angeles Police Department of the same.”

The LAPD confirmed that there is an open investigation into the incident, but criminal charges have yet to be filed. Attorney, Neama Rahmani preemptively filed a civil lawsuit due to what he termed “lost confidence” in the LAPD’s investigation.

“We hope that…the media attention will motivate the Los Angeles Police Department to pursue the criminal investigation more aggressively,” Rahmani said in a statement. “Justice delayed is justice denied, and continues to victimize a [woman] who has already been victimized by the rich and famous.”