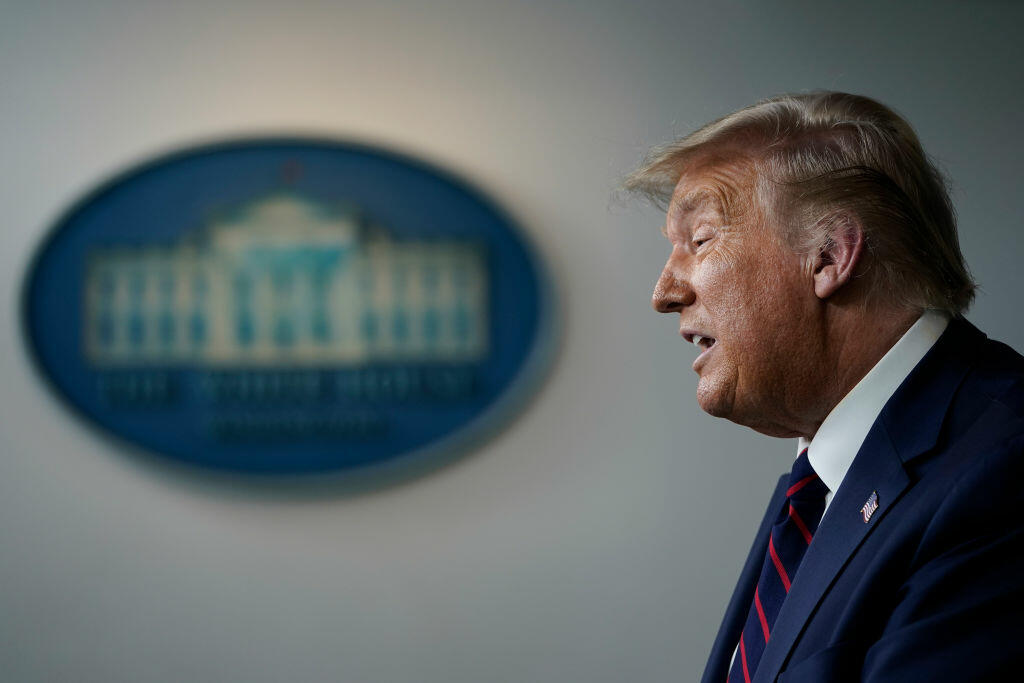 LeBron James had something to say about the President.

"I really don't think the basketball community are sad about losing his viewership," James said... "And, that's all I got to say."

President Trump made earlier that day blasted the NBA kneeling protests as "disgraceful" during an interview with "FOX & Friends."

LeBron and many others inside the bubble have been kneeling during the national anthem before games while wearing Black Lives Matter shirts.

"When I see people kneeling during the playing and disrespecting our flag and national anthem, what I do personally is turn off the game," Trump added.

"I think our game is in a beautiful position and we have fans all over the world and our fans not only love the way we play the game, we try to give it back to them with our commitment to the game. But also respect what else we try to bring to the game and acknowledge it -- what's right and what's wrong," James said. "And I hope everyone, no matter the race, no matter the color, no matter the size, will see what leadership that we have at the top in our country and understand that November is right around the corner and it's a big moment for us as Americans."

"If we continue to talk about, 'We want better, we want change, we have an opportunity to do that."

"But the game will go on without his eyes on it. I can sit here and speak for all of us that love the game of basketball: We could [not] care less."