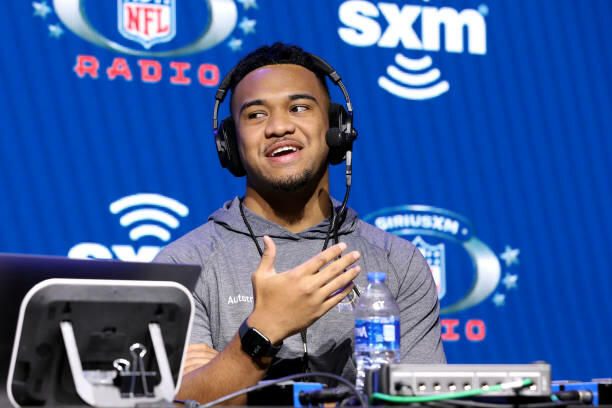 The Miami Dolphins have thier QB!

Alabama's Tua Tagovailoa was selected with the No. 5 pick in the 2020 NFL draft. Dolfans hope he will be the answer to their long-standing franchise quarterback problem.

After months of debate the Dolphins made their choice clear by going with Tua who has the talent to change the franchise.

The Miami Dolphins used the second pick on USC offensive tackle Austin Jackson with the 18th overall pick. Jackson is only 20 years old, but he is a very athletic tackle with a huge upside.

The Dolphins used their third first-round pick to select cornerback Noah Igbinoghene out of Auburn. After adding cornerback Byron Jones in free agency to pair with Xavien Howard, Igbinoghene gives Miami an immediate nickel cornerback and should give the team a shutdown secondary.