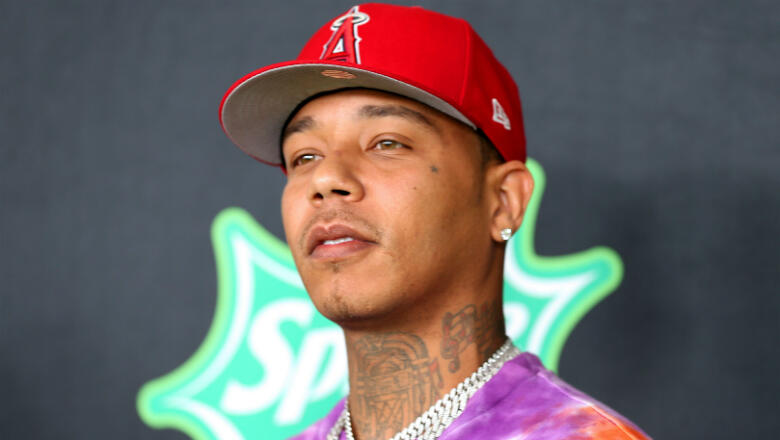 Yung Berg is finally speaking out about the pistol whipping incident and his response is an unexpected twist. Initially Hitmaka is being accused of pistol whipping his girlfriend, which later was stated as being a woman that he is seeing, but not the VP states that the act was self defense.

Berg posted a note from his lawyer that states that the woman in question is not his girlfriedn at all. He claims that she and two as of yet unidentified individuels plotted to break into his home and that she was in communicaation with the other two via text. He even posted a video showing the woman being passed something through his security gate which he states were guns.

In the initial police report it states that Berg and the woman got into a verbal argument that turned physical and he broke her nose. She would admit herself at the hospital whichin turn alerted the police to investigate what seemed to be an assault. The shared photos of her beaten face after the assault and the Berg became the hot topic on the net. Berg is now attempting to set the record straight.

"On Saturday 4:30am three gunmen made an attempt on my life & home invasion. I have all the surveillance footage which some I’m posting & also other evidence needed. I retained legal council & decided that with this matter which I’m totally traumatized about that I must let the truth out as media outlets without having proper info are attempting to stain my character and reputation that I have spent my entire life building. I could’ve been murdered inside my home on Saturday & I would like to take this time & thank all of my family, friends, & colleagues who have reached out regarding the matter sending love and positive energy. This footage is very alarming to all my fellow people in music & living in los angles area pls be safe and monitor who you allow in your home. I made a crucial mistake which could’ve costed my life THIS WOMAN WAS NOT MY GF EVER. I won’t dive further into this & will let my lawyers move forward accordingly.