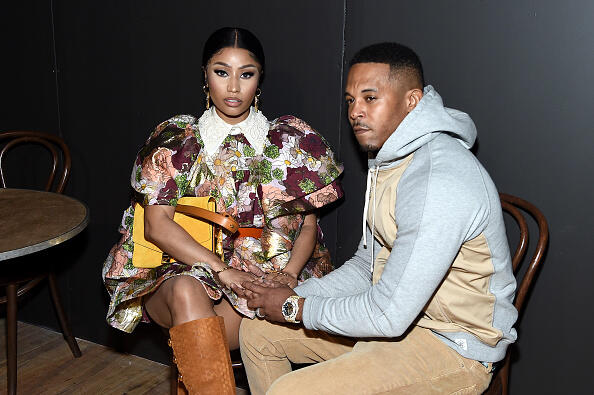 Never at a loss for words Wendy Williams has decided to chime into the drama surrounding Nicki Minaj's husband.

Williams ended her latest episode of the Wendy Williams show by ripping into the rap star for bad choices.

"Well apparently the way this show is going today, we did not have enough time to get to Nicki Minaj's [husband]. But let me tell you something Nicki. That's going to be my first story tomorrow and I'm going to lead with this: You should've never married him because now you've ruined everything about what your brand could be," she shared. "Again, you are never going to stand a chance when you are with a man who pulls a knife at rape point. A registered sex offender, you are never going to stand a chance with the public."

Petty and Minaj moved to L.A. in July 2019 but Petty did not register as a sex offender. In 1995 Petty was convicted of first-degree attempted rape at the age of 16 and served time for the offense.

Last November he was pulled over in Beverly Hills where officers found that he was not registered. Petty failed to register afterwards and thus the federal charge was applied. Petty is out on a $20,000 bond after pleading not guilty.

Williams continued her coverage the next day.

“There’s a bigger picture,” said Williams. stating that her reaction was “not so much about Minaj, it’s about how do you keep your kids protected?” Williams brought in a “crime expert,” Billy Stanton, to explain what happens with sex offenses.

“It may vary from state to state, but when you’re a convicted sex offender, you file with the state, you give them your name,address, DNA sample and fingerprints so law enforcement can track you,” Stanton explained. “If you move, it’s incumbent upon you to notify the new place of residence to law enforcement so they can track you too… Once you’re registered to the state, the state kicks it up to the feds, and that’s how he can get caught.”

Minaj recently made a large donation to kids in Trinidad and announced she is building a learning center for them, yet she is married to a convicted sex offender who broke the law again in not registering himself as he is required to do. The question Williams is asking is how can you maintain a philanthropic brand yet be connected to a criminal convicted of a sex crime?