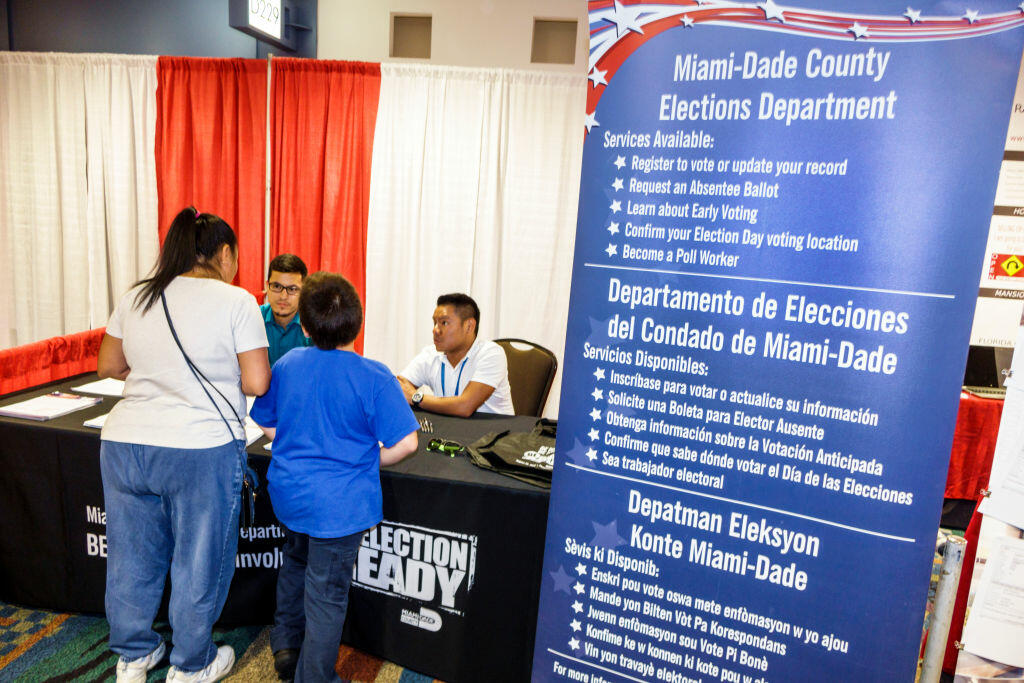 The Florida government site that uses to register voters had become inoperable hours before the October 5 registration deadline to vote.

RegisterToVoteFlorida.gov failed to load when accessed. Social media has begun calling upon Governor Ron DeSantis to fix the site and extend the voter registration deadline.

Florida Secretary of State Laurel Lee, the official who oversees the website, tweeted that the website's issues were due to high volume on the site.

"We have increased capacity. You can register until midnight tonight. Thank you to those who immediately brought this to our attention," Lee wrote via Twitter. However, at the time of publication, the website still couldn't load on two separate web browsers on a laptop computer.

The website failure puts extra pressure on state Democrats. Democrats' plans for voter registration drives this year had to go entirely online due to the ongoing COVID-19 epidemic.