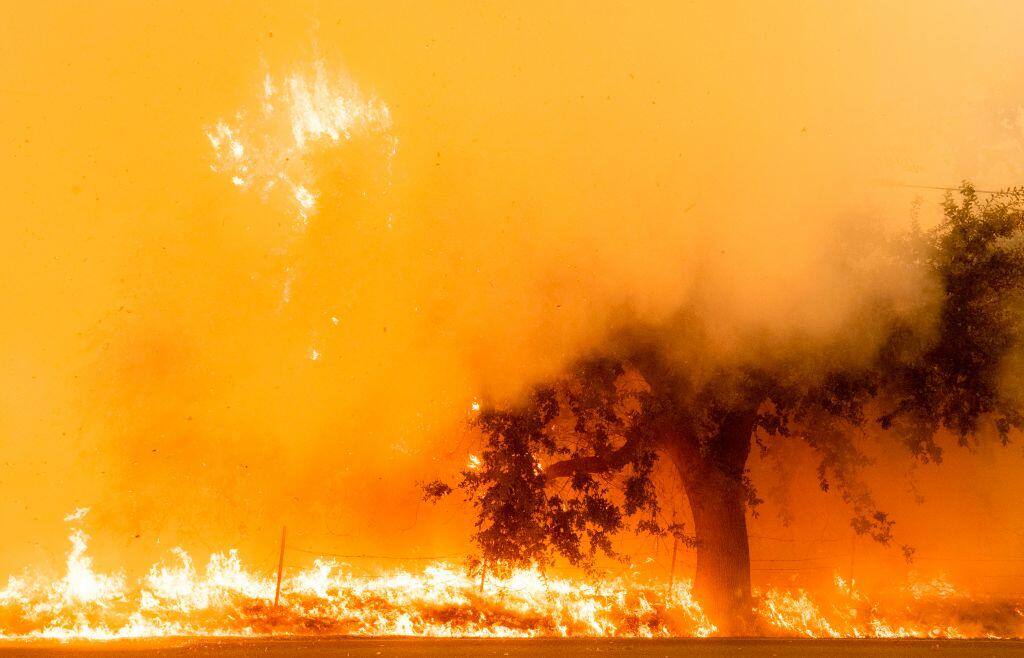 A wildfire in California that has torched nearly 10,000 acres since Saturday (September 5) was sparked by a couple using a "smoke-generating pyrotechnic device" to reveal the gender of their child. The family decided to host their gender reveal party at El Dorado Ranch Park in Yucaipa, which is about 70 miles east of Los Angeles.

As the family set off the device, the tall grass in the area caught on fire and quickly spread due to high winds. The family desperately tried to put out the fire using water bottles but were unsuccessful. CalFire investigator Capt. Bennet Milloy told CNN officials have reviewed surveillance footage from the incident and said the family violated at least three laws.

"You can't fight a fire like this with a water bottle," Milloy said. "They had no chance after it started."

In addition to facing criminal charges,the family could be liable for the cost of fighting the fire, which was just 7% contained as of Monday evening.

"It really is a tragedy, it's sad. They were hoping to remember the day in a different way," Milloy said, adding that over 80% of fires are caused by humans and that people must be more aware of their surroundings. "You need to be extra cautious because you could be liable."