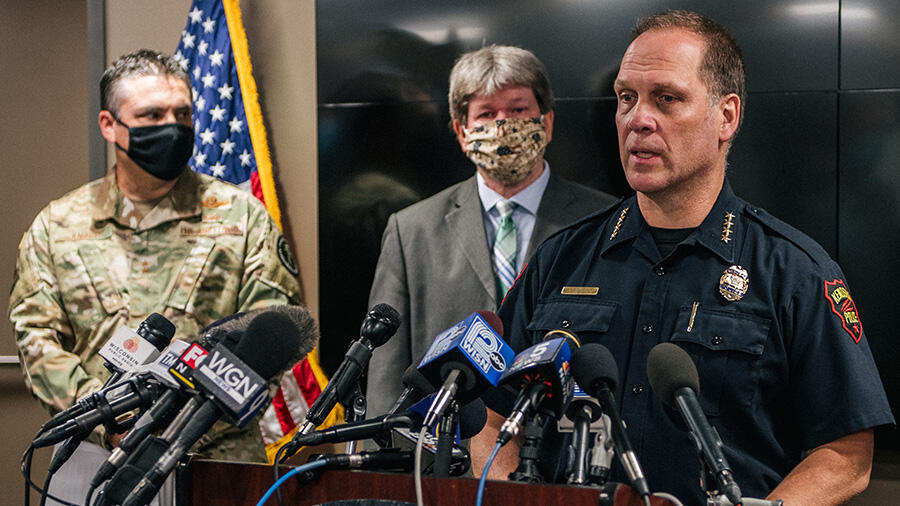 The teenager was arrested in connection with a shooting that led to the deaths of 26-year-old Anthony Huber, and Joseph Rosenbaum, 36.

The lone shooting victim to survive the bloodbath has been identified as Gaige Grosskreutz, 26, a volunteer medic for Black Lives Matter protests in Milwaukee over the summer.

Rittenhouse is being held at a Lake County juvenile detention facility and due to appear in court to face extradition to Kenosha.