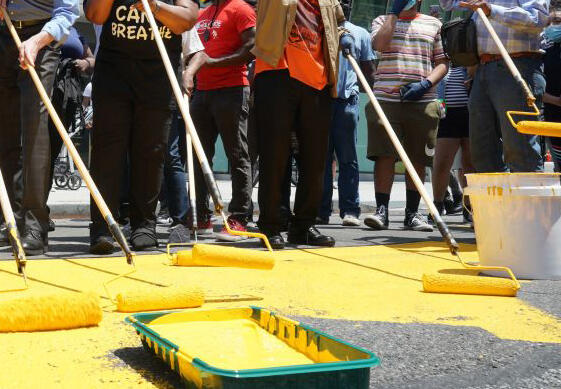 New York City was shut down at the stretch of Fifth Avenue where Trump Tower stands so that painting can begin on a Black Lives Matter mural.

Between 56th and 57th streets, the mural was called a "symbol of hate" by President Donald Trump, who said it would be "denigrating" Fifth Avenue.

City workers closed the street and Mayor Bill de Blasio will join the effort to paint the mural.

"Here’s what you don’t understand: Black people BUILT 5th Ave and so much of this nation. Your 'luxury' came from THEIR labor, for which they have never been justly compensated. We are honoring them," the mayor wrote. "The fact that you see it as denigrating your street is the definition of racism."