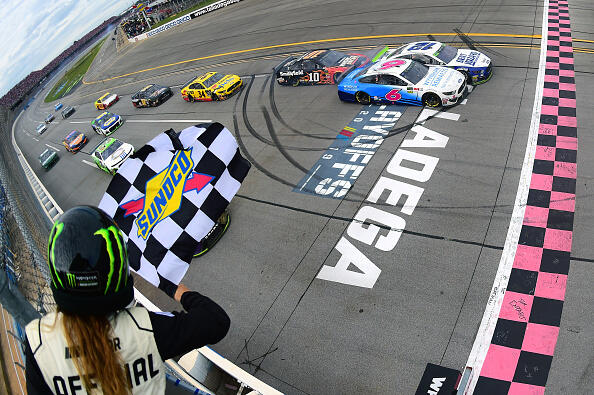 A noose was left in the garage of NASCAR's only Black driver in the Cup Series.

The incident took place at Talladega in the garage assigned to Bubba Wallace, who led the campaign to ban Confederate flags from NASCAR facilities and events.

Wallace said, "Today's despicable act of racism and hatred leaves me incredibly saddened and serves as a painful reminder of how much further we have to go as a society and how persistent we must be in the fight against racism."

The Justice Department announced that it will be looking into the incident.

"The U.S. Attorney's office for the Northern District of Alabama, FBI and the Department of Justice Civil Rights Division are reviewing the situation surrounding the noose that was found in Bubba Wallace's garage to determine whether there are violations of federal law," Jay E. Town, U.S. attorney for the Northern District of Alabama, said in a statement. "Regardless of whether federal charges can be brought, this type of action has no place in our society."

Sunday's race was postponed to because of rain. It was to have been the first large public sporting event since crowd restrictions were imposed across the nation because of the coronavirus.

5,000 spectators were permitted in a venue that seats about 100,000. It was also the first test of NASCAR's ban on the Confederate flag.

Outside, a rolling protest of vehicles flew large Confederate banners, and merchants were selling souvenirs with the flag's image. An unidentified pilot flew a small plane over the speedway, trailing a large Confederate flag and a banner with the words "Defund NASCAR."

"Together," Wallace continued in his statement, "our sport has made a commitment to driving real change and championing a community that is accepting and welcoming of everyone. Nothing is more important, and we will not be deterred by the reprehensible actions of those who seek to spread hate."