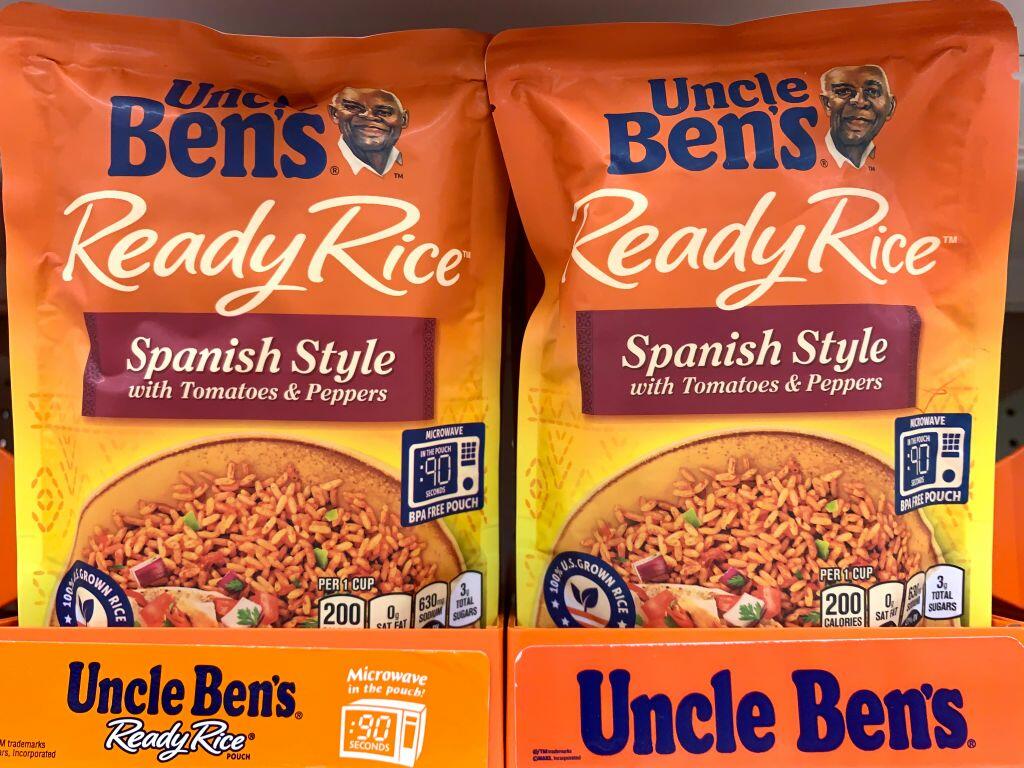 Mars will change the name of Uncle Ben's rice to Ben's Original and drop the logo depicting a Chicago head waiter.

The revamped Ben's products, will hit shelves in 2021.

The transition from Uncle Ben's to Ben's Original comes amid a broader movement about racial equality and heightened criticism of brands with origins rooted in racial stereotypes.

For some, it clearly had overtones of servitude, and that is not the brand that we want to represent," Fiona Dawson, global president of Mars Food, said. "There's no place for anything in this world that hints at social injustice."

The company Will partner with the National Urban League and donate $2 million to a scholarship fund for aspiring black chefs.

The company will donate another $2.5 million to educational programs and food access efforts within the community of Greenville, Mississippi, where its products are manufactured.

The Quaker Oats Company will do away with Aunt Jemima.

"As we work to make progress toward racial equality through several initiatives, we also must take a hard look at our portfolio of brands and ensure they reflect our values and meet our consumers' expectations."

Aunt Jemima's been a thing for more than 130 years now. The character is based on an 1800s "mammy" a black servant in a white household specifically, a real-life woman named Nancy Green, who Quaker had previously described as a "storyteller, cook and missionary worker" but failing to mention she was born into slavery.

For the longest time, the Aunt Jemima brand featured a black woman with a headscarf but in the '80s Quaker switched up her look to appear more modern, decking her out in earrings and pearls.

Didn't we talk about this on "A Different World"?