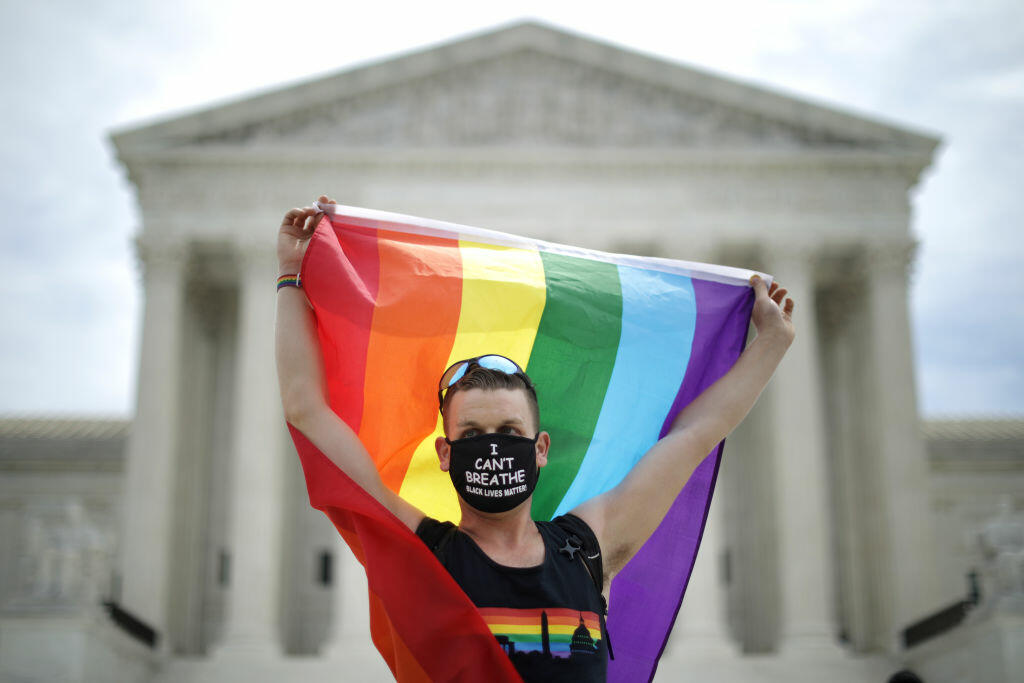 The U.S. Supreme Court ruled that existing federal law forbids job discrimination on the basis of sexual orientation or transgender status which is a victory for advocates of gay rights for transgender rights movement.

By a vote of 6-3, the court said Title VII of the Civil Rights Act of 1964, which makes it illegal for employers to discriminate because of a person's sex, among other factors, also covers sexual orientation and transgender status.

The decision was written by President Donald Trump's first Supreme Court appointee, Neil Gorsuch, who was joined by Chief Justice John Roberts and the court's four more liberal members to form a majority.

"An employer who fired an individual for being homosexual or transgender fires that person for traits or actions it would not have questioned in members of a different sex," Gorsuch wrote for the court. "Sex plays a necessary and undisguisable role in the decision, exactly what Title VII forbids. Those who adopted the Civil Rights Act might not have anticipated their work would lead to this particular result. But the limits of the drafters' imagination supply no reason to ignore the law's demands. Only the written word is the law, and all persons are entitled to its benefit."

Across the nation, 21 states have their own laws prohibiting job discrimination based on sexual orientation or gender identity. Seven more provide that protection only to public employees.

Gay and transgender rights groups considered the case a highly significant one, even more important than the fight to get the right to marry, because nearly every LGBTQ adult has or needs a job.

President Donald Trump, at a White House roundtable on senior citizen issues, called the decision "very powerful" and said "we live with" it.