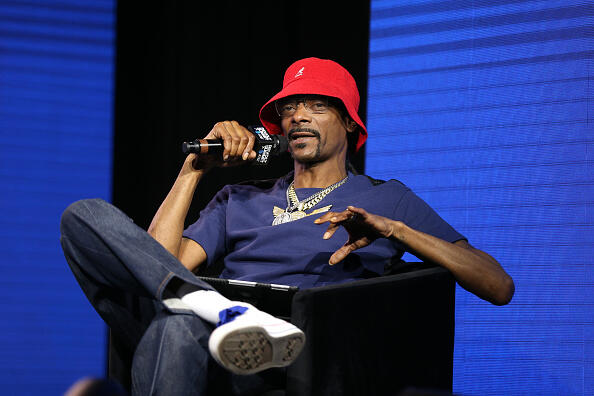 Snoop Dogg will be voting in his first U.S. election this year.

“I ain’t never voted a day in my life, but this year I think Imma get out and vote because I can’t stand to see this punk in office one more year, ” Snoop said.

The legendary west-coast rapper revealed that he was “brainwashed”.

“For many years they had me brainwashed thinking that you couldn’t vote cause you had a criminal record,” Snoop said “if you don’t cast your vote, somebody’s gonna cast a vote for you. I didn’t know that. My record’s been expunged, so now I can vote.”

Now that he knows he can vote, Snoop is committed to casting his ballot.

“‘Cause we gotta make a difference,” he said. “I can’t talk about it and not be about it. I can’t tell you to do it and then don’t go do it. Everybody know I’m a frontliner. I ain’t gonna tell you to do something I didn’t do.”