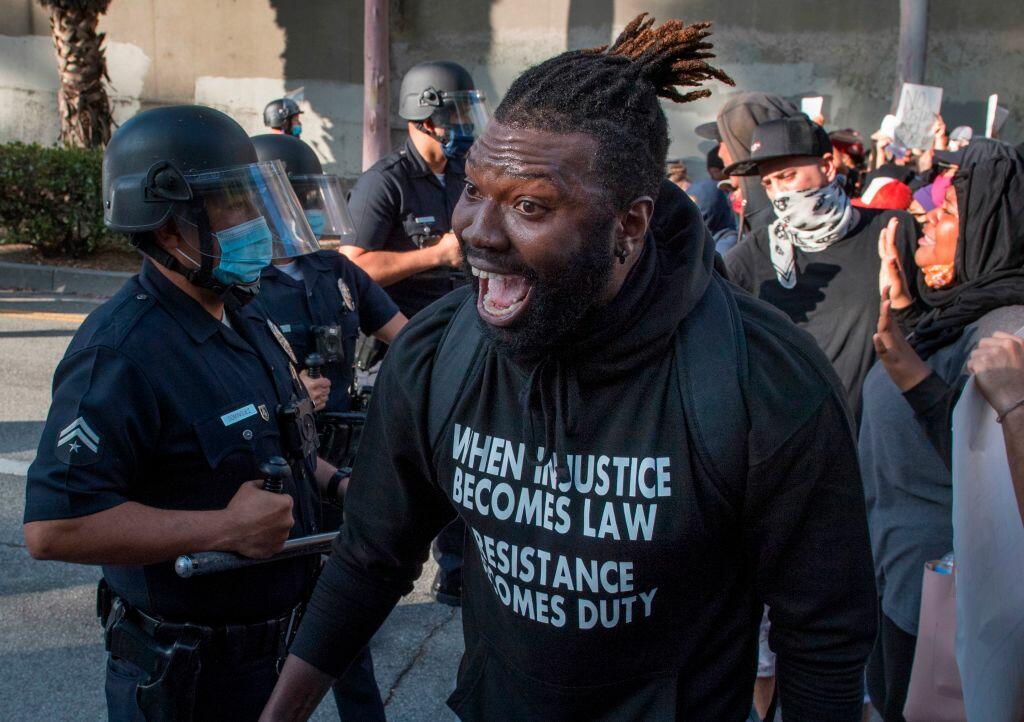 Outrage over the death of George Floyd sparked protests despite the police officer's arrested and murder charge.

The latest in a series of high-profile black deaths that have inflamed racial tensions nationwide.

Derek Chauvin is facing third-degree murder and manslaughter charges, but many protesters believe Chauvin should face more severe charges and other officers connected to the Floyd's death should also be charged.

In Indianapolis, Black Lives Matter broadcasted the demonstration on Facebook Live, and called on "white allies" to move to the front to form a human barrier between black protesters and the assembled police officers shouting "No justice! No peace!" And in

Outrage over the Floyd situation is unmatched.