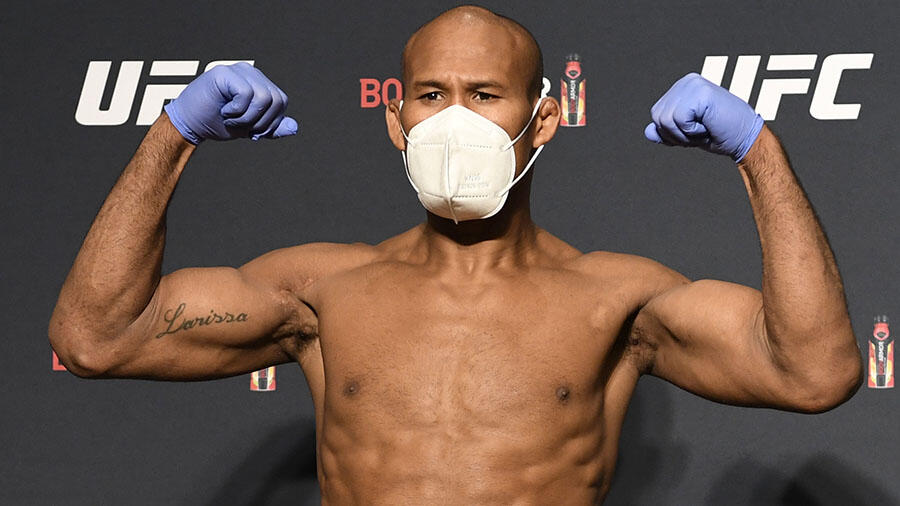 UFC fighter Jacare Souza has tested positive for coronavirus and will NOT participate in UFC 249.

The Brazilian was slated to fight Uriah Hall on the undercard of the massive PPV event in Jacksonville, Florida, but he tested positive during the UFC's thorough testing process and now he's out. Although, he was asymptomatic Souza's two cornermen also tested positive.

"UFC's medical team examined Souza and his two cornermen and found them too be currently asymptomatic, or not exhibiting the common symptoms of COVID-19," the UFC said in a statement. "As per UFC's health and safety protocols, all three men have left the host hotel and will be self-isolating off premises, where UFC's medical team will monitor their conditions remotely and will provide assistance with any necessary treatment."

The UFC has already been in touch with Florida state athletic officials which are allowing the other fights to continue as planned.

Souza's scheduled opponent Uriah Hall tweeted a message to Souza -- saying, "Brother I know it sucks I’m sorry you have to go through this I am beyond devastated for the missed opportunity I wish you nothing but recovery for you and your family."

"We administered 1,200 tests this week, on 300 people," UFC president Dana White said. "It's not unexpected one person would test positive. The system works. And what's good about this, is now we know Jacare tested positive, he's doing what he needs to do and we're in a position to help him if he needs it."