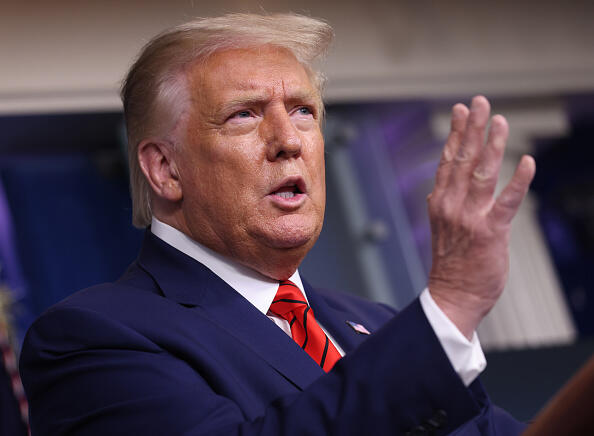 President Trump is denying that he reportedly said, Fallen Marines were "losers."

Trump blasted The Atlantic for its story, claiming he made repeated disparaging remarks about soldiers who were killed or injured during battle.

The story also claimed Trump called the 1,800 soldiers who died during a famous WWI battle "suckers" for getting killed.

Trump claims the reason he skipped a visit to the military cemetery was because his helicopter couldn't fly because of bad weather and the Secret Service didn't feel it was safe.

In the past, the president had harsh words for Senator and military hero John McCain, saying he wasn't a war hero because he was captured during the Vietnam War, even after the McCain died of brain cancer.

The White House jumped on this story, claiming it was false.