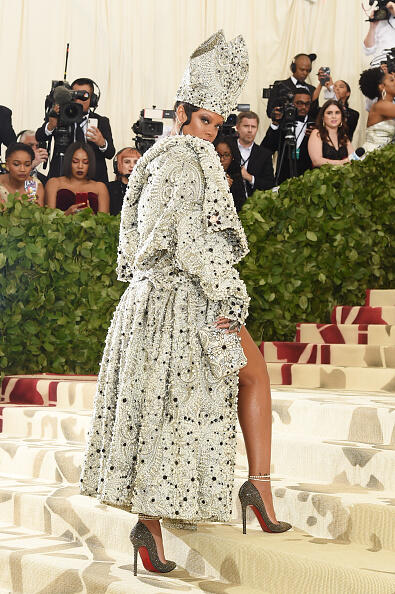 Another day, another cancellation due to the coronavirus.

As you’re aware, many major events planned for this year have been cancelled in events and added to that list, the 2020 Met Gala.

Nicknamed “Fashion’s Biggest Night”, the Met Gala features some of our favorite celebrities shutting down the carpet as they wear elaborate fashion tied to the yearly-changing theme. However, the glamorous event which was scheduled to take place on May 4th at the Metropolitan Museum of Art, has been pushed back.

According to Vogue, the Center for Disease Control and Prevention has recommended that there should not be any gatherings of 50 people or more for the next few weeks and due to this, the museum has decided “in deference to this guidance, all programs and events through May 15 will be canceled or postponed.”

Anna Wintour, the editor in chief of Vogue made the official announcement via an post on the magazine’s website where she also announced her support for Joe Biden while criticizing Donald Trump for how he has been handling things surrounding the virus. Saying,

“Like everyone else, I have been experiencing this COVID-19 crisis as a series of hurtling developments, where one never knows quite what each new day will bring. Through it, all one fact, however, remains stubbornly unchanged: President Trump. I, like so many of us, have been appalled by how he has responded to the pandemic—the optimistic and fact-free assurances that all will be fine, the chaotic implementation of travel bans and claims about a “foreign virus,” the narcissistic ease with which he has passed blame to others, his dishonesty with the American people, and worst of all, his shocking lack of empathy and compassion for those who are suffering and fearful,” she wrote.

She continued, “One day that will not arrive on schedule will be the opening of the Costume Institute’s exhibition, ‘About Time.’ Due to the unavoidable and responsible decision by the Metropolitan Museum to close its doors, ‘About Time,’ and the opening night gala, will not take place on the date scheduled. In the meantime, we will give you a preview of this extraordinary exhibition in our forthcoming May issue”.

As of now, the Met Gala has yet to be rescheduled:

CHECK OUT THE WHOLE LETTER BELOW: